David Newman had built his business over the course of many years through coaching, consulting, training, and speaking….

….but somewhere along the way, he got stuck earning revenue in the low-to-mid six figures. Growth had stagnated….

Hear the story from David himself in the video & read the case study to see what he did to experience such significant growth in 2017 (and how he’s now pacing towards multiple millions in revenue now….)

He has really tuned things in with his Relevancy Funnel. If you are an ideal prospective client for David’s company Do It Marketing, every message he sends is VERY relevant to helping solve the pains and problems his ideal clients are facing.

From the very first message and then throughout the entire process, he is now able to meet people at the “Slow Lane”…

….which is where people are just starting to become aware of how much these problems are truly costing them (financially, emotionally, energetically) and are starting to build the desire to make a decision to do something about it.

So David provides relevant, revealing, and downright useful information that is relevant. Nothing “salesy” or heavy handed – – serving them with value (and maybe a little bit of advantageous positioning of the business too ?)

Being at the right time and right place with the right message.

…initiated BY his prospects!! Coming to him more or less ALREADY determined to hire him!

There was no hustling, no prospecting, no “pounding the pavement” to generate a new lead or close a new client….the funnel is a system that works automatically.

And even better, it doesn’t use any of the typical “tactics” and “strategies” that try to push people into taking an action or utilize (largely manufactured) “scarcity” to drive actions.

When you use “illumination” instead of “coercion”, you find a whole different quality of prospects respond to it.

(.2.) Increased Intimacy With His Audience & His New Clients

David decided to take a radical approach with intimacy….

….and while intimacy is one thing that can’t be scaled, it does allow you to generate massive revenue.

He created a small variety of types of content where he shared not only great content but also bits about what he believes, who he is, and what is interesting + important to him. One of the content types is doing Facebook Live Streams as that allows people too REALLY SEE him….to see his value and to get to know him, like him, and trust him.

He made a commitment to authenticity and showing up for his audience. Even with little things like doing his webinars in a live setting and therefore breaking the mold from auto-webinars that people are sick of (and see right through). This allowed his spontaneous & entertaining presentation style to shine through and allowed him to interact live with the attendees.

All in the name of increased intimacy. Which has not only helped lead to a significant revenue increase but as David said in the above video, “all of my clients are turning into friends now and my friends are wanting to become my clients!”

That is the impact of Intimacy.

David deployed the methods of Omnipresence through Facebook and Email, allowing for people to digest his information + content. His authority grew in their eyes and it allowed his prospects to better understand how much better their lives and businesses could be when they were truly aware of what their pains and problems were creating and/or preventing.

….but only in DIRECT proportion to his increased level of value + service he gave out to his prospects FIRST)

AND… in addition to all of this?

He was honest with himself about where he was and where he wanted to go. He made a powerful commitment and followed it up with steadfast personal accountability. He showed up each and every day to create what the business he always knew was possible.

Congrats David, I’m excited to be a part of continuing to help you grow

….and I’m even more excited for those we are helping to deploy this process through The Relevancy Engine program.

If you are ready to experience the same kind of growth in 2021 that David had, you can apply for The Relevancy Engine today. 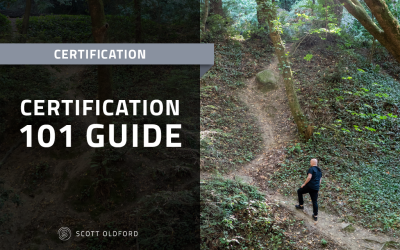 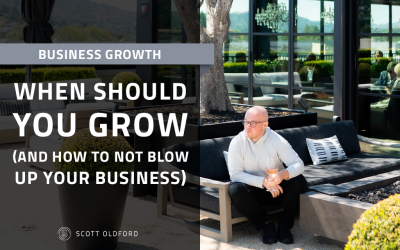 Go back… to go ahead… *The Truth on Scaling*

There are times when it's critical to step back in order to moveforward. I was on the phone with one of my Accelerator clients this morning.I'm helping her go from $2.5M to $10M over the next few years. In every business that has massive shifts.No matter if it's from...