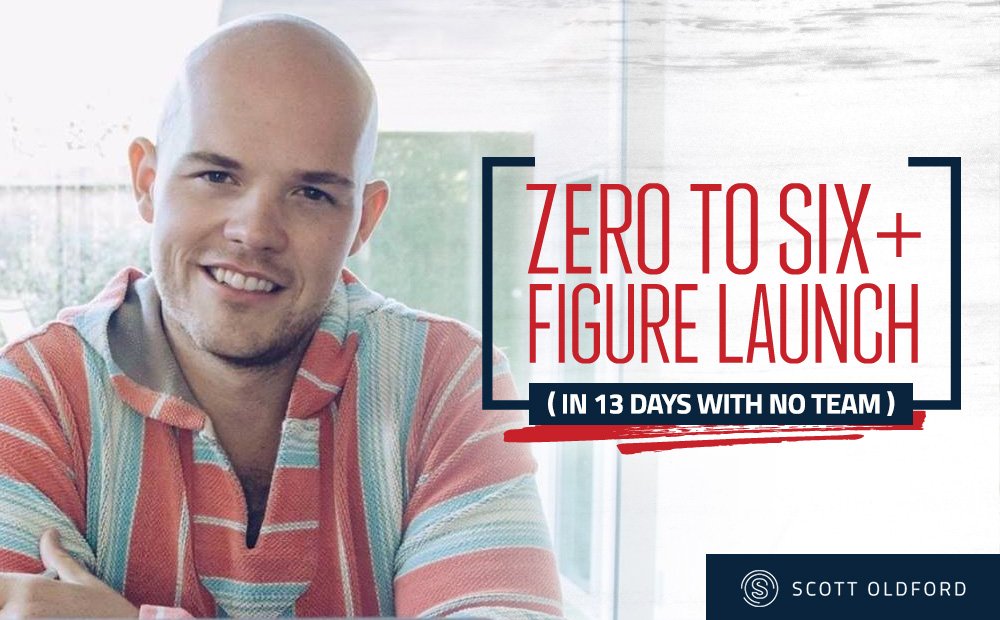 This all began when my wife said, “why don’t you do this…”

She laid down the marker.

The challenge was now set.

For weeks, I’d been telling her how I wanted to share my Omnipresence Strategy. But I didn’t know how to, because there are four stages to the whole process; and it can be a lot to digest.

But my wife being my wife, she called me out on it.

Stop coming up with excuses. Do something about it.

So I did. Right there, I decided to (and committed to) share the first stage of my Omnipresence Strategy. I didn’t take weeks to plan, or come up with a strategy. I made a commitment, and set a price for this program of $997 (although discounted to $497 for the launch period).

That same day, I got to work…

Hundreds of people invested. I did a 6+ Figure launch, with no up-selling or backend.

Having just recently sold my business, I now have zero team. Deciding to launch this a few months ago, I wouldn’t have spent a second worrying about it. I had a team who could deliver it.  I could outsource and delegate most of the tasks.

So, deciding to launch something like this now, is a big deal

(just like it was a few years ago, before I came up with this Omnipresence Strategy)

I’m so glad my wife called me out on this. Not only has it been a successful 6+ Figure Launch, but I’ve learned A LOT about myself over the last few weeks. It’s been a humbling time, but also one full of revelations.

Quick note before we dive in…

I want you to know that all this is based on my own circumstances. I have an established audience, and have spent years building their trust. It’s an audience full of entrepreneurs who are able to invest $497.

You may or may not see the same results as me. But the points I’m about to cover below are relevant whatever level you’re at — just be sure to base them on your situation, not mine.

I just went for it. Straight after that conversation with my wife, I got to work.

In a way, I wish I didn’t. Because even if I spent a week or so sowing the seeds, I’d have 2X’d my results.

So, don’t just do it. Seed the idea with your audience first. Talk about it.  At the end of the day, people’s money go where their attention is…

I didn’t have their attention around this launch, so it felt a little “random”.

Had I “seeded” the ideas first, I’d have seen a lot more success.

Lesson #2: Get as many visitors to your content (or sales page) as possible

In the first few days of opening the cart, I generated around 6,000 visitors to the sales page.

It allowed me to create a retargeting plan on the back-end, including the final 48-hours of launch where I began to spend $2,500 per day (on a relatively small audience).

But it all began by driving as many visitors as possible to the sales pages in the opening few days. This laid the foundations, and created the momentum I needed later.

Lesson #3: Organic is more massive than you think

Here’s the truth, you likely don’t want to hear…  Only 40% of my sales came through retargeting or ads.

The rest? Email and Organic Traffic/Content.

Do paid ads still work? Of course. But you need to use them to get your audience, and then bring them into your Facebook Group / Email List. Once there, engage them.

Do this right, and closing them is much easier.

Social Selling is the best form of selling, hands down. Why? Because when it’s not an “ad”, you’re just helping someone achieve something. It doesn’t feel like you’re selling anything to them. It’s in this frame of mind when people are more likely to take action.

Lesson #4: The Riches are in Warm Audiences

In the future, I may target outside this target audience. However, to do that I need a funnel and a backend. I would need to “warm” these new people up, and spend more money building their trust.

So, for this launch I stuck with a small audience of 50,000 people.

Why? Because I already had their trust. They were already warm and knew all about me.

So, the lesson here is to keep your audiences warm with Omnipresence at ALL times!

At some point, you will. And so long as you have a warm audience, you’ll have people ready to buy.

Lesson #5: Make sure your “stuff” is approved ahead of time

My ad account is typically good at getting things out…

It took 5 days for nearly all my ads to get approved by Facebook. Considering I only had 10 days to launch, this was far from ideal.

All this meant I had to hustle HARD, and work much longer than I wanted to.

Whereas if I had got my ads up earlier, I wouldn’t have had to. I won’t lie, this hit me big time. Not just with my time, but I lost at least $150K because of this little “hiccup”.

So, the lesson here is to get your ads up 7 days before you need them… just in case.

Lesson #6: Live Stream Boosting didn’t work like it used too

I did 2 different live streams for this launch…

I’m not sure if they sucked, or didn’t resonate, but both times I had next to no engagement.

(even though I boosted them both)

The cost per click for each of these live streams was so high, I felt embarrassed to share the results.

I told you, embarrassing, right 😉

Instead of doing a webinar (due to the lower price point) I did a mini training of 15 minutes.

(you can watch it here)

I embedded it on it’s own page, which generated 1,700 visitors and a 30% click-rate to the sale page.

The Wistia stats show an average playtime of 45%, which I’m happy with (considering it had 900+ plays).

Overall, this short training performed well, especially when you consider how easy it was to develop (compared to a webinar). It goes to show you don’t need perfection around a launch like this. Creating a webinar would have wasted a lot of time — and cost me more money.

Surprisingly, when I put the entire mini-training video inside of Facebook, it worked really well.

It generated clicks to the sale page at around $1.20 — which is exceptional, in my opinion.

I stopped adding Facebook directly to Facebook a while ago, as I didn’t see the results I wanted to. However, it seems because the video was short (15 minutes) and went to a small audience (<20,000), it worked well and generated about 500 clicks.

Not bad, and much better than I expected.

Lesson #9: Make sure you have Live Chat on your Sale Page

This is so simple to do, yet so many people don’t do it.

Placing a Live Chat on your sales page is one of the easiest things you can do.

But what it does is, develop instant intimacy. And because you never truly know what’s on your potential customer’s mind, it allows them to ask questions you never thought to answer.

Seriously, whatever your next launch is, set this feature up!

Lesson #10: Intimacy is the multiplier

Time and time again throughout the launch, intimacy became “the” multiplier.

Intimacy created results, whatever the platform!

I remember sending one email with a subject line of: Any Questions…?

I closed at least $20K in that single email, and it took 30 minutes to reply to ALL the questions sent.

Based on the stats, it appears there’s a lot more left in the tank for this product.

The cool thing is, I can easily run this as part of my Omnipresence Stacks going forward. I’ve developed everything to be “ready” from day #1, so now I can just switch on the best ads and take it from there.

In fact, as I’m writing this, it’s already online and part of The ROI Method funnel…

Which is the entire reason I developed this launch in the first place :).

I had a couple people send this launch to their list.

It was, frankly, a horrible mistake.

If you’re going to do Partnerships, do it right.

Seriously, it was bad — and a complete waste of time.

I’ll be honest, I could have (and probably should have) been more prepared for this launch.

This was not a FULL-ON launch.

Yet despite this, it produced great results and performed way above my expectations.

So, the biggest lesson I’d like to share with you is this: you don’t have to spend a ton of time developing “everything”.

The most important thing is to get your idea out there.

It doesn’t have to be perfect. Nobody cares about perfection.

(case in point: my light broke while recording my training videos, but I didn’t bother replacing it because nobody cares about “fancy”! All they care about is RESULTS!)

I kept complaining to Libby because I had this idea, but I didn’t think I (or it) was ready. So rather than do anything about it, I kept talking about. Well, she knows me. So, she called me out on it.

Overall, I’m really happy with this launch. It performed well, and although I could have done a lot more, it taught me a lot about ME and where I currently am.

Maybe you can achieve the same, or maybe you’ll do less (or more).

The point is, you don’t have to be perfect.

Get it out there, and let it run.

I now have an evergreen launch set to make multiple six-figures in the coming months.

Right now, I’d like to leave you with some bonus value: my best performing ads from the launch:

I hope you’ve taken a lot from this article, and I hope it sets you up for your next launch.  If you’d like to get access to the training that inspired this article, you now have two options:

I won’t go into what’s inside the program here, as that’s not what this post is about. If you want those details, watch the training. If you think it’s a good fit, I’ll see you inside… 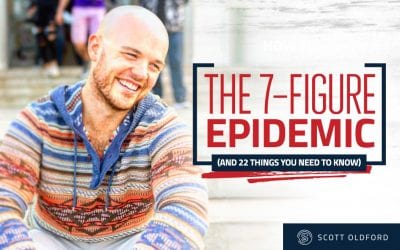 What I’m about to share with you, scares me... When it comes to building 7-figure Online Businesses based around coaching, consulting, mentorship or courses, I have a lot of experience. I’ve helped over 100 businesses hit 7-figure or multiple 7-figures. My track... 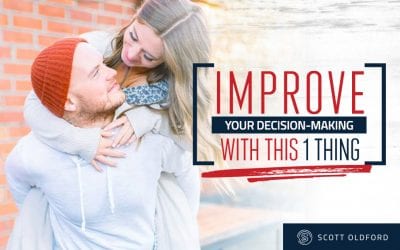 As a business owner, you have two types of decisions … Short Term and Long Term. To some degree, all your decision making in business falls into one of these two categories. And the reason so many people scale to six figures but then struggle to go any further is... 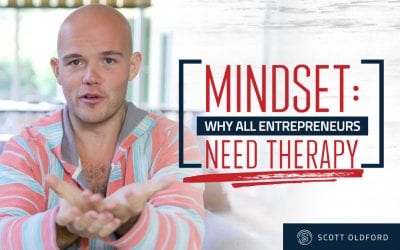 One of the biggest growth hacks I’ve ever come across is… therapy! It’s changed my life, not just personally… but how I approach business, too. I’ve been thinking about this a lot lately, and I’ve come to the conclusion that EVERY single entrepreneur needs therapy....

Let’s Get In Touch